SDG 17 – Partnership for the Goals

The best partnerships aren’t dependent on a mere common goal but on a shared path of equality, desire, and no small amount of passion.

That’s right, this second blog in the SDG series is about SDG 17 – Partnership for the goals. To me, this SDG used to seem a bit less important compared to the others. If you compare it to SDG 1, zero hunger, for example, SDG17 just seems a bit less urgent. However, after gaining more knowledge about it, I started to believe that this goal might be just the SDG that is needed to achieve every other sustainable development goal.

I don’t have any fascinating stories that  could apply to any one of the SDGs. Never have I been to India for example and seen the problems with gender inequality with my own eyes. I don’t have a fascinating story about climate change that you wouldn’t have heard before, and I haven’t seen the horrors of starvation with my own eyes. However, what I do know a lot about is being part of a team. Throughout my time as a student, I have been active in several organizations, I did a board year at AIESEC, and I did a lot of group projects for university of course. 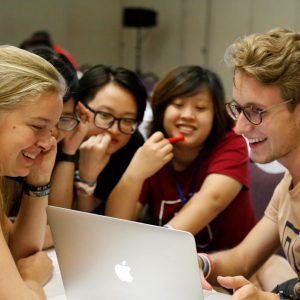 When starting a group project, normally you first discuss what you have to do as a team. Once everything is clear, you might start working on the project all together at once. More likely, though, a plan is being set up and the work is being divided over the several team members. Once you are working on your tasks for the product, you are contributing to the overall team goal. When every individual team member sticks with the agreed tasks and deadlines, the overall team goal will (probably) be met successfully.

Working as a team is exactly what SDG 17 is all about. The goal of SDG 17 is to enhance the collaboration between countries by supporting national plans to achieve all the targets. In other words, by collaborating with other countries, each country will nationally benefit from it. Promoting international trade, and helping developing countries increase their exports is all part of achieving a universal rules-based and equitable trading system that is fair and open and benefits all.

Even though it sounds quite simple now, collaborating is harder than it sounds. You probably have experienced a project at least once in your life where there was a team member that didn’t participate at all. Or someone that didn’t understand what he/she was doing and messed up the project. Imagine that these problems or other ones are happening on global-level. It will take several years to reach a goal and will not be without setbacks.

Examples of projects that are currently up and running are first of all the increased access to technology and Internet. In 2018, 3.9 billion people had access to Internet. However, the ultimate goal is, of course, to make sure that everyone in the world has this access. 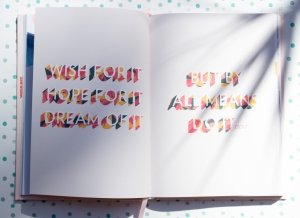 Secondly, the import tariffs were lowered which lead to an increased amount of international trading. In 2017, trade-weighted tariffs decreased to an average of 2.2% worldwide. However, there remain large differences at the regional level that reflect global economic imbalances.

These two examples already had a great impact on the world, however, it will take a lot more effort, collaboration, and time to reach even more goals.