My Experience in Ghana

In the summer of 2019 I participated in the Medicine Project, organised by AIESEC. I got the chance to go to Ghana for 6 weeks to experience the culture and work at the hospital there. Before I left I was already in contact with people from AIESEC in Ghana. They organised my pick-up from the airport and made sure I would arrive at the house safely.

The first day I came in to the house I experienced the culture shock that everybody talks about. The toilet in the house could only flush now and then, the shower was very cold and there was little water. There was no fridge and no supermarket close to the house, so you had to get your food at local small shops daily. During the summer we shared the house with around 25 people, which was very crowded. In short, during my first week I really had to get used to everything, but after that week I really started to enjoy my stay in the house and getting to know the culture and all the other interns in the house.

I arrived in the house on Saturday and Monday was my first official day of the project in the hospital. However, during this first day, we were showed around the city by one of the local AIESEC members. This was really nice to get an idea of the city and of how the public transport works. 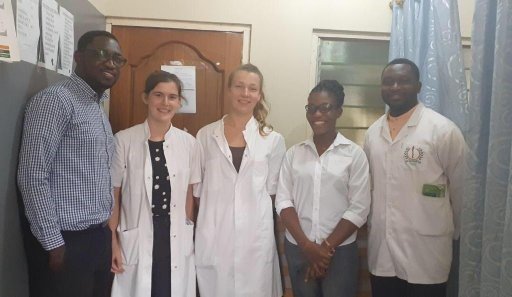 visit. This was Bomso Clinic, a small private clinic in Kumasi. First I spent 2 days working at the pharmacy and then a day at the ward. However, since Bomso Clinic was so small and there were so little patients, we asked to go to another hospital the next week. The next 3 weeks we were allowed to go to Hart Hospital. This is also a rather small hospital in comparison to the ones we have in the Netherlands. Here we followed doctor Obeng, a very nice doctor who always asked questions and gave us assignments to help us understand the specific cases better. We wer 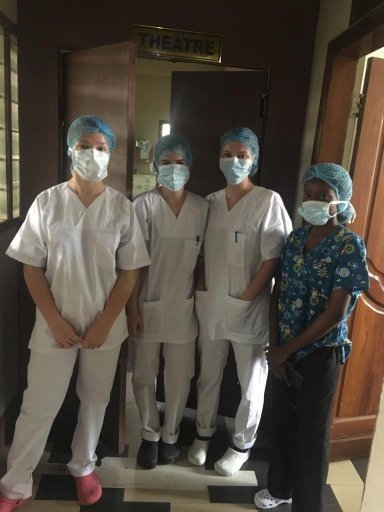 e also allowed to attend some surgeries and procedures, such as a C-section.

The last 2 weeks I spent at the teaching hospital, a very big hospital where people from all of Ghana went to to be treated. I went to the pediatric emergency unit and to the mother and baby unit. Those two weeks were really interesting. I was allowed to help with simple tasks such as testing the reflexes of the babies and support the doctors when they performed specific procedures.

All in all, my time in the different hospitals in Ghana was very educational regarding my understanding of the healthcare and culture in a developing country. Although it was hard sometimes to really understand what was going on because of a language barrier (a lot of people speak the local language Twi), it was really interesting to see the way doctors work and to see the different diseases they have in countries such as Ghana.

During the weekends we didn’t have to go to the hospital so we could spend our time going on trips. We went for a hike at the waterfalls, we spent a weekend at a beautiful lake, we went to a music festival in Accra and we went to see the history of the slavery in Africa at Cape Coast. Those trips made us able to see a lot of the rest of Ghana outside of Kumasi and the hospital. Besides that, we also went to a church ceremony during one of the weekends. Religion is really important in Africa, so it was very nice to experience this. The combination of the work in the hospital, the weekend trips and above all the possibility to get a real impression of the culture in an African country really made this experience unforgettable! 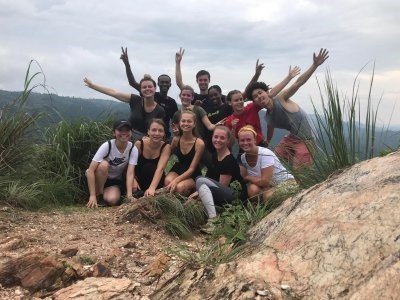